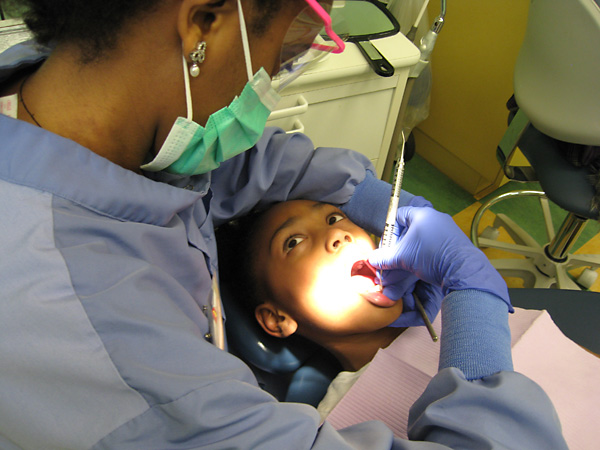 If you have visited a dentist and ever been told “You have a cavity” (or anything beyond), chances are that you have had an injectible anesthesia.

As this is such a standard practice, most of us haven’t given much thought to it. After all, dental anesthetic has been used for over 100 years. They must be safe… right?


Up until my dentist visit yesterday I would have said “yes”.
At this particular appointment however, when the needle was being pulled out of my jaw and the injection began to set in – weird would not even begin to describe how I felt.

It was like I was beginning to fade out of the room, I felt dizzy and light. My eyes would not focus and there were doubles, one on top of the other vertically. I debated if I should say something. I decided to just breathe.

After a few minutes the numbness started to kick in and my faculties seemed to return, but that was a very uncomfortable and slightly scary feeling, one which prompted me to do some research on the subject.

I assumed what they had given me was Novocain…
Novocain is a local anesthetic (painkiller) used by doctors and dentists. It was developed as a substitute for cocaine, which was the original dental anesthetic, in 1905 by German researcher Alfred Einhorn. The trade name Novocain came from the Latin word “novus,” meaning “new,” plus “cocaine.” Apparently, however, Novocain has not been common practice to administer for well over 30 years now. What I received was Lidocaine.

Of course, the majority will not experience anything unusual and this is not a reason to panic. Dentists are trained doctors and will know how to deal with a reaction. In retrospect, after writing this article I highly advise you to speak up and say something if you begin to experience anything out of the norm …Then calm yourself with breathing.

Make sure to tell your dentist and or hygienist if you are pregnant, on any medications or have any known allergies and that they are clearly listed in your chart.

2 thoughts on “Is dental anesthesia safe?”