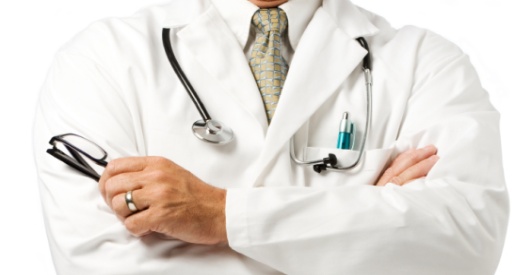 Despite years of programming, indoctrination and popular belief – doctors are not authority figures.

Keep this in mind on your next visit.

If your primary care doctor has not yet asked you about whether you have guns in your home and if so, where you keep them, you may very well be asked during your next visit.

This answer will be recorded in your health records as requested in the EHRI (Electronic Health Records Initiative). It may also be recorded or accessed by the Federal Government.

Other questions may include but are not limited to: “Do you have any reason to be afraid that your spouse may harm you physically?”

It has been rumored to be part of the Obamacare Affordable Care Act (ACA), however it is not specifically written that doctors are mandated to ask, only clearly stated that they are allowed to do so. It is NOT required by law that you answer these questions. Though chances are they may pressure you or make it seem like you are required to answer.

Your doctor works for you. Not the other way around. If you feel like you are being interrogated rather than assisted on your way to good health, it’s likely because you are.

Planned parenthood goes so far to ask on their questionnaire about:

These are asked even if you are just there for a routine yearly exam.

Why anyone would reply to these questions and then sign their name to it, no matter what the answers, is beyond me.

When I personally refused to answer these crazy intrusive inquiries and questioned, laughing, why on earth those were on there, I was told “We are mandated to ask and they have to be filled in.” (Which is not true).

I was then repeatedly pressured and talked in circles for answers. At one point the doctor even looked as if she was about to fill them in for me!

At that point I stated very clearly that if that were to take place they would be in for a world of legal trouble.

Not surprisingly, she put the pen down.
I did not go back to that office.

The fact that the government has now gotten some doctors, who are supposed to be there to help you, to bully you for personal information is astounding and highly disappointing to me. What is even more disappointing is that the majority of the population doesn’t even mind answering or think twice about it.

We are willingly giving up our privacy and our rights one little bit at a time and it is becoming more and more so every day. Personal responsibility has to start on an individual level. Stand up for yourselves. Speak up. Say “No”, and mean it.

It may seem like “just a couple of questions” – but these questions are a slippery slope which could very easily lead to gun confiscations, health profiling, and prosecution on other levels….. Whether it seems like it or not – your health and your liberty are at stake here.

Find a doctor who works with you and is clearly there to help you. One who doesn’t ask inane probing government suggested questions and I am quite sure you will be better for it.

One thought on “Doctors Are Not Authority Figures”