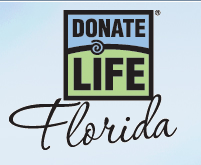 Here in florida www.donatelifeflorida.org is tied in to the DMV. When you are issued a license you are supposed to have the choice of becoming an organ donor, or not if you so choose.

After hearing numerous stories from varied sources stating that human organ trafficking is happening more and more frequently and because organs are so valuable as a donor you are likely to get less medical attention if they believe they can use you as a donor. Essentially, you are worth more dead than alive.

You can choose to believe whatever you like. This makes sense to me.

I went online and found www.donatelifeflorida.org over a year ago and unregistered myself. Or so I thought. I checked back and my file seemed to be deleted. From there I went back to the DMV to have it removed from my license. They charged me $25 and sent me on my merry way.

My new license arrived expediently in the mail. Only when I opened the envelope, it still had the designation of organ donor emblazoned across it.

Upon calling the DMV to notify them of their mistake I was told “It takes up to 14 days to change in the data base. You will have to order (and pay for) another one.” So, I did. When that one arrived? Same result.

Now I was fuming. I called the DMV back and let them have it. I’m sure you can imagine how well that went. It is like talking to a wall. They only are allowed to use canned responses and not allowed at all to think for themselves. I got no where. Once again, I shelled out another $25. The third one arrived, after I had checked with www.donatelifeflorida.org yet again and my name was NOT in their registry it still read “organ donor”.

In the interest of not going postal or having a stroke I let it go and forgot about it for a good long time. Nearly a year has passed.

Today, upon reading someones Facebook status about the DMV, I decided to log on to www.donatelifeflorida.org and check my status fully expecting to find my name not listed. WRONG.

Yep! They illegally have added me back on as an organ donor against my expressly written intent. I tried to remove myself only to get a page that comes up “This page is temporarily disabled.”

I did send them a note through their “contact” page reading:

I am not pleased to say the very least and will be taking this up with my attorney.

I wonder how many of these 8,204,432 are on here fraudulently without their consent or knowledge?

UPDATE:
They did write back to me.

At your request, your name has been removed from the donor registry, effective 03/11/2015 11:02 AM. This means your name no longer appears on the database of people who wish to donate their organs, eyes and/or tissue upon their death.

If at some point in the future, you change your mind and wish to once again sign up on the donor registry, simply go to: http://www.donatelifeflorida.org.

I responded by thanking them, but also wanting to know the IP address and date it was re-entered into their system….

This is dumbfounding considering I did this ONLINE March 4th, 2013 myself to remove my name from the registry. They were also not able to tell me what that “change” was that they believed to come from the DMV………The person I have been in touch with via email is going to bring the issue up to the board of directors. Hopefully that will get someone’s attention and change the way things are done.

Do you really want two governing bodies (the DMV and Donate Life) this disorganized  in charge of your body and making decisions for you that are literally life and death? I know I don’t.

Here it is April 6th, nearly a full month later, and I go on just to make sure that I have been removed. My name STILL appears registered as a donor. This is not only immoral but highly illegal.

On further investigation, I do see where you removed yourself today. I’m not sure why, but you had two entries in the system (I searched several different ways and confirmed there were only two). One entry was generated at the driver license office on December 12, 2003. The other entry was generated on March 4, 2013, also by the driver license office. That second entry is the one you removed today. Only the first entry, the one previously removed, is the official entry and the one from which organ recovery decisions are made. They are both removed now and you or any organ recovery agency should not find an active listing for you on the registry. I will continue to monitor to make sure you remain removed. Again, my apologies for the frustration. I assure you that our intent is not immoral or illegal. Our intention is to only have people listed on the donor registry who want to be donors and we truly want to make sure that those who no longer want to be donors are removed.

So………. Hopefully this time I am actually OFF the list.
ADVICE: If you remove yourself, make SURE you check back!

2017 Really Ridiculous update that I cannot believe I even have to write!!!
Apparently, as of today, I randomly checked back in because of a video that was posted on Facebook in regard to this same subject… and low and behold… I am STILL listed as a donor! What is going on!!!!
I have no ONCE AGAIN removed myself from the list.
If this persists I am going to be looking into a class action law suit as I cannot be the only one this is happening to.

4 thoughts on “Think you aren’t an organ donor? Better Check!”