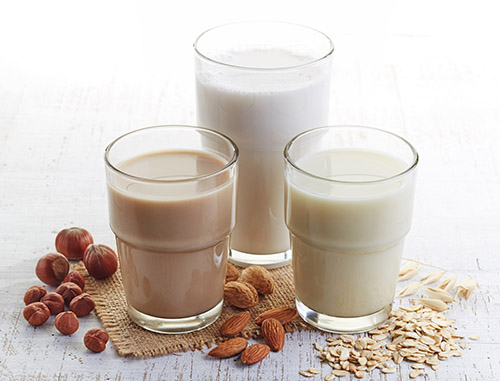 “Drink your milk” was a phrase often heard growing up. Milk was touted as the best source for calcium and vitamin D. It was considered a very healthy drink and offered in many households at every meal.

With the commercialization of dairy farming, we have strayed pretty far from wholesome and natural when it comes to how dairy cows are raised and fed. This has a direct impact on the milk they produce and in turn on the humans who drink it.

Dairy cows raised in confinement are fed grains that are treated with chemicals. Those chemicals go through the cows’ system and are still viable in the milk itself.

Cows are often fed antibiotics as well as growth hormones such as rBGH which is genetically engineered to increase the milk production.

While the answer is yes to both of those, there are side effects. Hormone treated milk differs from natural milk in that it contains boosted levels of the IGF-1 hormone. This has been linked to cancerous tumors. IGF-1 has been cited as a major cause of colon, prostate, and breast cancer in humans. Additionally, milk produced artificially in the cow’s “negative energy phase” tends to have increased levels of pus, making the milk turn sour far faster for a shorter shelf life.

When it comes to rBGH, it reduces the casein protein in milk due to an increased thyroid hormone enzyme.

Organic is a better choice but still, has been pasteurized which compromises the nutritional content. The process destroys part of the Vitamin C in milk and encourages the growth of potentially harmful bacteria. Pasteurization also makes the majority of the calcium insoluble and iodine contained reduced.

The best option if you want to drink milk is grass-fed RAW Milk. It is not easy to find these days. Check with your local health food store for possible local farming sources. Food and Thought here in Naples does occasionally carry it.

When you get right down to it, humans were not designed to drink cow’s milk at all. That was intended for baby calfs. Better choices are other milks like coconut, almond, and rice. Calcium can be obtained by eating a diet high in leafy green vegetables, beans, fish, nuts, seeds, even oatmeal, and oranges.

To learn more about your health and nutrition peruse our site or come in for a personalized appointment. www.chiropractorbonitasprings.com  (239) 947-1177