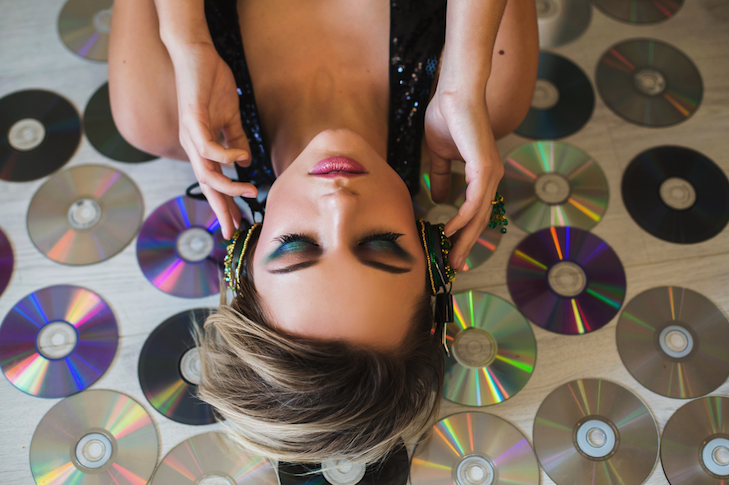 Listening to music is one of the few activates that involves using both hemispheres of the brain. It is intrinsic to all cultures and can have surprising benefits not only for learning a language, improving memory and focusing attention but also for physical coordination and development.

We all know the type of music you choose to listen to can have an immediate effect on your mood, so wouldn’t it follow that your health would ultimately be affected too?

We choose different types of music depending on our environment and activity – if you are driving long distance on a road trip you might select something upbeat and fast-paced to energize you, while at the office most find its better to go with something more mellow and soft.

Research has shown that music stimulates brain wave activity synching itself to the beat thereby controlling the subjects heart rate as well as breathing. Its no wonder music can affect our moods so strongly with this amazing mind-body connection!

Music therapy has been shown to help ward off depression and have a calming effect, easing muscle tension as well as promoting movement. It has been shown to lower blood pressure, boost the immune system and bring about a positive state of mind promoting relaxation and stress management. According to Roger W. Wicke, Ph.D., Mozart’s music reduced epileptic seizures by 65% and was even effective for those who were comatose.

This brings about the question, is there one particular genre of music that is actually healthier for you than another? While we agree that beauty is subjective in and in this case in the ear of the beholder, it has been shown in studies that Classical Music, particularly Baroque Classical playing in the background while studying, listening to audios boosts the ability to absorb information and retain it accurately. Children with ADD and ADHD, when exposed to classical music on a regular ongoing basis are found to become less restless and less agitated lasting beyond the periods of listening. Plants also seem to favor classical tunes, flourishing and growing, yet when exposed to heavy metal or rock tend to wilt faster, need more water, and even sometimes die off. Not to say you should change your taste in music to please your houseplants.

To derive the greatest benefit, don’t just listen passively. Playing, writing or singing will give you the biggest boost. In one study a group of pre-school aged children were given music lessons while the second group was given computer lessons. The first group tested over all with a 2 to 3% IQ boost when compared again with the others and after two years of music lessons, pre-school children scored better on spatial reasoning tests than the other group of children that took computer lessons instead. So make some music! Sing out loud. The human voice, even if a little off-key, has even been shown to help developmentally with premature babies slowing their heart rates enabling them to take in more oxygen. The benefits do not end with the young. Alzheimer’s patients and even stroke victims when exposed to music produced more HGH (Human Growth Hormone) which helps with everything from pain, aging, muscle mass and energy.

Before you start thinking music is the end all be all cure for everything we do want to let you know that there are some negative effects as well.  When exposed to music that we take exception to blood pressure increases and a feeling of stress pervades. This could explain that all to familiar exclamation that every teenager hears from their parents at one time or another of “Turn that down!”

Music has even been used by the military in attempts to mentally wear down the enemy.

Music is vibration. Humans at the most base level are made of atoms containing energy particles which are vibrating so its no wonder we feel music to our very core and it affects us so strongly. The depth and range to which it can be used to support our health has not yet fully been understood, but the link is clear. So if you are feeling down, or under the weather, give it a try – put on some upbeat or relaxing music that you enjoy – best of all, unlike medication music has no side effects!