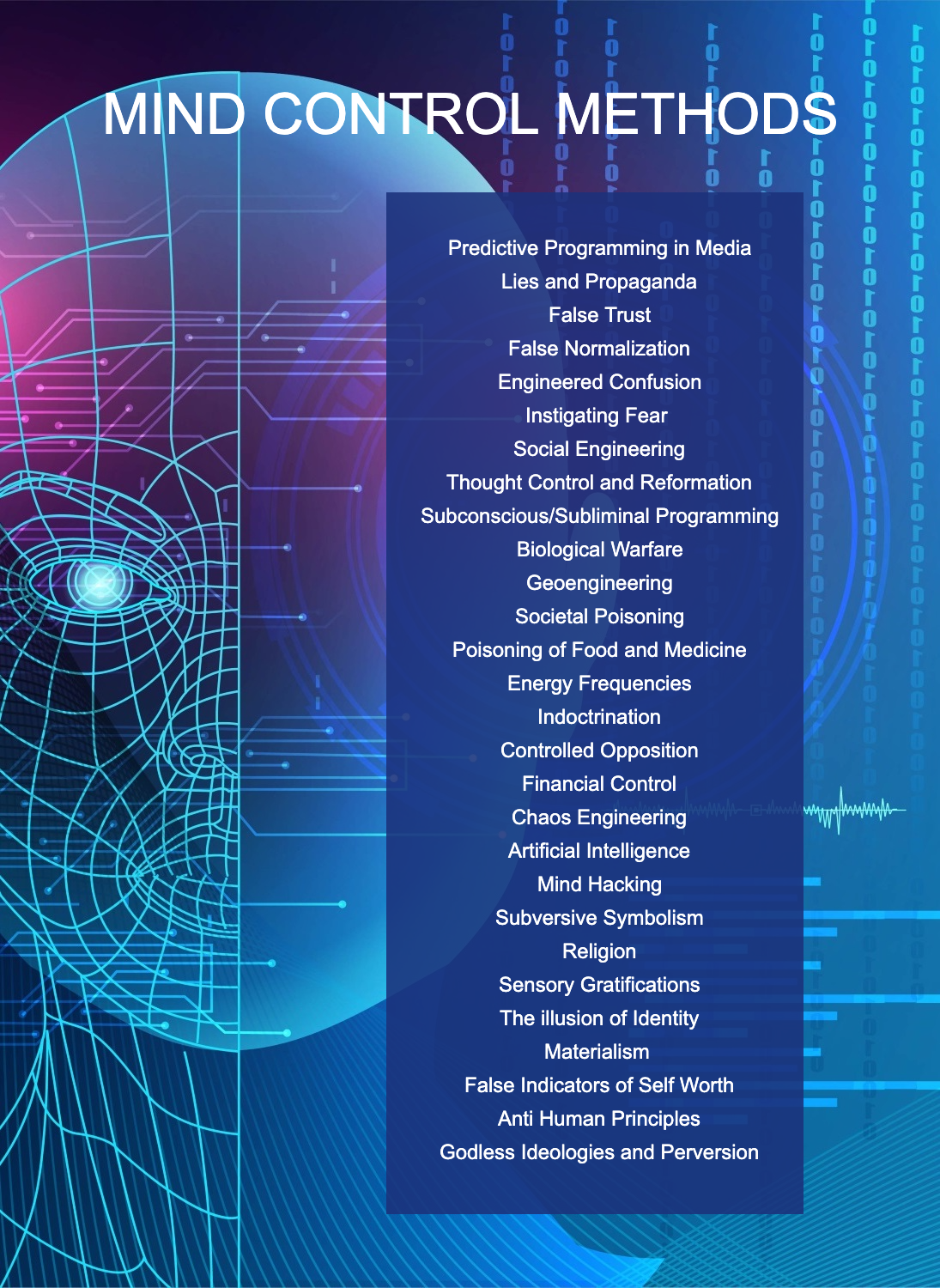 The idea of a “New World Order” has now appeared onto the world stage, together with its impressive AI networks. This is designed to bring in complete technocratic totalitarianism in order to rule over the entire human civilization.

https://iamavatar.org/avatar-blueprinting/ (be part of the answer)

Some of the more prominent strategies to accomplish this mission include an engineered destruction of societal structure, human depopulation and the dissolve of any form of spiritual connectedness and organic evolution. This is a worldwide de-evolutionary agenda that is aggressively driven through 𝙢𝙞𝙣𝙙 𝙘𝙤𝙣𝙩𝙧𝙤𝙡. Countless forms of attack are now being implemented, bringing on severe mental destabilization, disease and death in the worldwide populous.

Ultimately, mind control programming is designed to either exterminate or transition humanity into the new AI transhuman, fusing the human DNA with machine. This is referred to by many as the “beast system” because it is adhered to and created from principles that are anti soul.

It is the mind’s intelligence, unified with the heart, that is the primary faculty for evolutionary advancement. This too is known by the controlling forces and is why their programs of mind control are being widely implemented across all spectrums of life and through many methods of silent manipulation.

Mass mind control is not new, we’ve been subject to it all our lives. The difference now is… a sophisticated AI-5G network is about to be fully “turned on”.

The sinister force is aggressively rolling out a multifaceted, multi-pronged assault upon the human race. It has been intelligently prepared, blueprinted and war-gamed.

This is no longer a conspiracy theory. The documents are all available and now, very easy to access. We don’t need the documents though. We can just observe what is happening and use our common sense. A lot of these new structures are already in place and ready to be fully turned on.

Our higher dimensional skillsets are needed NOW. It’s the only real way to address the psycho-electronic weaponry that uses remote mind control to induce thoughts, block memories and even make one behave in a certain way.

I Highly Recommend you join your energy and focus! Protecting and Empowering the Sovereign Mind —> https://iamavatar.org/avatar-blueprinting/


NOTE: They want a “Brave New World” order for sure. They won’t get it. But we have to realize we are powerful spiritual beings not just little humans. STAND UP. There is no more time to fuck around with this…