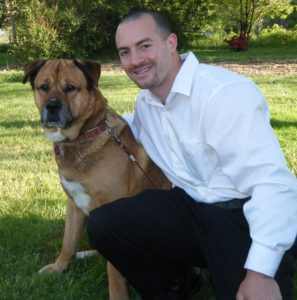 Original story from August 2016 Yes he sat there awaiting trial for nearly 2 years:

Wait…Isn’t it supposed to be innocent until proven guilty?

It is but with the sensationalization of media these days that often times isn’t what is happening any longer.

It’s become a race to get the story out first. Often facts are overlooked in the name of speed and ratings. It’s easy to play armchair quarterback, sit comfortably in your own living room or in front of a computer sc

reen and make snap judgments based on what the papers and stations are saying. But are we getting whole stories? Are we getting impartial views without agendas behind them?

There have now been countless news stories in this country in recent years involving firearms and needless deaths. Many so crazy that they make your head spin. The media latches right on calling nearly every single one of them a “terrorist” attack. The momentum is splitting the country. Those who believe in the second amendment and the right to bear arms and defend your home and family and those who believe that guns are the problem and need to be banned.

We sit back and watch as the world goes by. It’s upsetting, but more and more it has been hitting closer and closer to home for many of us. What happens when you turn on the news one morning and see the face of someone you recognize? Someone you have spent time talking to? I am here to tell you it is a very uncomfortable and surrealistic feeling.

On June 14th, 2016 I awoke to a private message from a friend on Facebook who had sent me a link to a news story. The headline read “Police searching for former NJ man accused of killing three in West Virginia”. Half asleep I couldn’t grasp what I was reading. I clicked on the link to see someone who I had on my Facebook as a friend since 2011. Erick Shute. I read the online accounts which said there had been a dispute over firewood and he had shot and killed 3 of the 4 men involved, with the other getting away. It stated that he had been situated behind trees with an assault rifle.

Clicking over to his Facebook profile he had apparently posted shortly after the incident. It read “This was self-defense. I talked to a cop and he even agreed this is an open and shut case of self-defense and that they probably won’t even pursue charges. I am just waiting to talk to the prosecutor. I have nothing to hide. Media can contact me on my cell. I am open to talk. These guys stole over $20,000 of stuff and sold it for drugs and threatened me to my face before. They even unscrewed my brake line while I was asleep. Everyone not on drugs on the mountain hates them. These are known thieves and drug addicts.”

I honestly wasn’t sure what to think.

While this is someone I have talked to for several years, we have never actually met. What I did do was sit back and watch the comments. I was amazed at the number of people who claimed to be his friends who, without knowing the whole story, jumped on the bandwagon of those ready to lynch him.

I decided to reserve judgment until more facts came out. The story just didn’t make sense as it was being told. Who shoots someone, let alone 3 people in cold blood over firewood? From his Facebook post it was obvious to me there was a history there and more to it.

Since this time his mother has been in contact with me. I have not spoken with Erick. This is his relayed version of the story, which has not been told publicly yet.

On June 13th, Erick Shute confronted four local well known alleged drug addicts with a history of theft as they were in the act of vandalizing and stealing from his neighbors’ property. West Virginia is an open carry state. He knew these people and was well versed on their dangerous history. Previous confrontations had taken place. He understood that in choosing to confront them and trying to defend his neighbors’ property, it would be in his best interest to have a firearm with him.

A verbal confrontation took place, warning shots were fired, and three of the men, one holding a chainsaw shouting “We are not afraid of you and your little gun. We are going to really mess you up!” came at him. Erick fired back in self-defense, killing three of them. The fourth person got away unharmed.

After the shootings took place, Erick did run. In my opinion, that surely doesn’t help his case. I do, however, understand the urge to get out of there. While we all do have the right to defend ourselves by law, it is so commonplace these days for self-defense cases to end up flipping no matter if truth is on your side, and you get the short end of the stick.

He was taken in by law enforcement peacefully and without incident. After his apprehension, the Pennsville Police Department even went so far as to post on their Facebook account that “Hopefully Mr. Shute will never see the light of day.” showing intent to sway readers to his guilt before a case was even made or heard.

Erick is currently being held in prison charged with 3 counts of 1st degree murder and 3 counts of 2nd degree murder. This holds a sentence possibility of up to 3 life sentences if convicted. This case will go to a jury trial in which while the burden of proof is on the prosecuting attorney, Erick also must prove his allegations that he was acting in self-defense and feared that his life was in imminent danger at the time of the shootings.

Will this case get a fair trial? That remains to be seen.

Erick and his mother cannot afford a private attorney. They are asking between $50,000 to upwards of $100,000 to take his case. Like most of America today, she simply doesn’t have the means. This leaves him with a public defender. Public defenders are often overworked and do not have the time to focus on one case, even if you happen to get a good one with the proper need knowledge of criminal defense law. This automatically puts the Shutes at a disadvantage.

The Jury. West Virginia is a small state. This was the first triple killing, as stated by several news outlets, in that area. Finding impartial jurors will be tough.

Knowledge of the law. Having personally been kicked off of jury selection for having too much legal knowledge not once but twice, I fear for not only Erick’s case but for anyone accused of a crime in the United States in general. One fact I strongly believe anyone who could possibly sit on a jury should know is that Jury Nullification IS real. If you sit on a jury and are asked to convict someone – you will be asked to do so based on an existing law. The courts would have you believe that you must do so if the crime fits the law. This isn’t the case. If you do not believe that a law is just. You do not have to convict based upon it. That is jury nullification. As a juror, you can nullify the law and allow the defendant a not guilty verdict.

If you are picked for Jury Duty. (and wish to remain on the jury) My advice is to never mention Jury Nullification. Doing so and explaining it to other potential jurors pre-selection has gotten me released automatically twice. Wait till you are on the jury. Explain it to your fellow jurors, and listen and judge with your head and your heart. Listen to the facts and when asked for a verdict, base your vote on fact, feeling, and what is morally right and wrong. Do not allow your vote to be swayed by anything or anyone other than that.

What if it were you?

If somehow you were to end up in a situation where you were forced to defend your life. Kill or be killed. You survive, but it lands you in a position which could potentially ruin the rest of your life and leaves your fate in the hands of strangers. Would you hope that people would at least step back and hear you out before condemning you to a life behind bars? I sure would.

I wasn’t there. I cannot say for sure one way or the other what happened that day in West Virginia. I do know that my instinct is telling me there is still more to the story and that it needs to be heard in its entirety. If we are to remain a free country in which we have the right to defend ourselves, our homes and our families and stand up for our friends and neighbors this case is going to be one to watch as it could set a precedent.

If you would like more information on Erick or on Jury nullification please visit www.freeerickshute.com